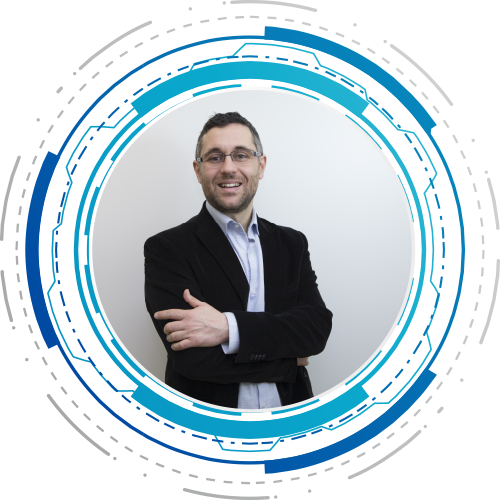 Francesco Longo is Associate Professor at the Department of Mechanical, Energy and Management Engineering (DIMEG) of the University of Calabria, Director and Scientific Responsible of the Modeling & Simulation Center -Laboratory of Enterprise Solutions (MSC-LES), shareholder and CEO of CAL-TEK Ltd, spin-off company of the University of Calabria.
He obtained his PhD in Mechanical Engineering at the University of Calabria in 2006, specialization in Modeling & Simulation in North America, at Rutgers University.
His research interests include Modeling & Simulation, Complex Advanced and Intelligent Systems, and Serious Games to support decision making and education & training. His research activities focus on innovative ways to use Simulation paradigms and other enabling technologies such as Virtual, Mixed and Augmented Reality, to achieve new scientific advances in various application areas, including Industry (with particular regard to Industry 4.0), Logistics, Defense and Cultural Heritage.
He has supervised, as scientific responsible, research and development projects both at regional and national level and is currently involved in several European H2020 projects. He actively cooperates with many research institutions all over the world, such as University of Genoa, Kennedy Space Center, NASA, University of Ottawa, NATO CMRE.
He has published more than 200 scientific papers in international conferences and journals, and has participated as speaker and chairman in a broad range of international conferences. During the last decade, he has strongly supported the organization of conferences in the M&S area. He serves as Program Chair of the International Multidisciplinary Modeling & Simulation Multi-Conference (I3M) and as General Chair of the International conference on Industry 4.0 and Smart Manufacturing (ISM).